Zachary is thrilled to be a 2022 Tony Award nominee for Paradise Square. The show has received 10 Tony Award nominations, including Best Musical. See the full list of nominees here.

Zachary is thrilled to be making his Broadway debut as a co-producer of Paradise Square, which will begin previews at the Barrymore Theatre on March 15, 2022 and open on April 3 for an open-ended run. The musical received acclaim from critics and audiences during its pre-Broadway engagement at Chicago’s Nederlander Theatre in Fall 2021. Full details on the cast and creative team are available here, and tickets are available here.

Pre-Broadway Production of Paradise Square to Premiere in Chicago

After a successful world premiere at Berkeley Repertory Theatre in 2019, Zachary is thrilled to be co-producing the pre-Broadway production of Paradise Square at Chicago’s historic Nederlander Theatre from November 2 through December 5, 2021. The expanded creative team was recently announced. Full details and tickets are available here.

After years of development, Zachary is excited to be co-producing the world premiere of Paradise Square: A New Musical at Berkeley Repertory Theatre in Berkeley, CA. It’s 1863 and in a 20-block area of Manhattan known as the Five Points, Black and Irish Americans live side by side, work together, marry, and for a brief period realize racial harmony. However, the intensifying Civil War soon results in the first-ever Federal draft, leading to riots as whites are called to enlist while blacks are barred from serving. Calling upon a variety of musical and dance traditions including Irish step-dancing and African traditional forms (Juba dancing), as well as new ones created from their fusion (tap dance), Paradise Square subverts and reframes some of the most popular music of the 19th century while honouring and celebrating this unique neighborhood’s diverse inhabitants.

The production is directed by Moisés Kaufman and choreographed by Bill T. Jones, and features a cast of 30 extraordinary performers. Paradise Square runs from December 27, 2018 to March 3, 2019 at Berkeley Rep’s Roda Theatre. Tickets and details are available here.

Little Death at the Theatre Centre

Zachary is directing the world premiere of Daniel Karasik’s new play, Little Death, in Toronto in Spring 2015. Daniel’s remarkable new play tells the story of Alex, who may or may not be dying. Confronted with his mortality, he searches for sex and connection in hotel bars — with his wife Brit’s conflicted blessing. Lyrical and spare, Little Death asks fundamental questions about marriage, fidelity, and the intimate needs of men and women. The production features an incredible cast: Shauna Black, Sarah Dodd, Kate Hennig, Christopher Stanton, Elizabeth Tanner and Nicole Underhay. Little Death runs from April 17 to May 3, 2015 in the BMO Incubator at the Theatre Centre as part of The RISER Project, a collaborative producing model presented by Why Not Theatre. Seating capacity is limited, so book your tickets here.

After many long months and late nights, the all-new demo recording of The Passion of Adele Hugo has been released. This recording represents the complete score as revised by the authors following the original production in 2011. Some amazing artists can be heard on the album: Sara Farb, Mark Uhre, Sabryn Rock, Gabi Epstein, Wayne Gwillim, Charles Azulay, Lily Ling and Jamie Drake. Immerse yourself in the entire show or jump around to hear your favourite songs—click here to listen.

Read About The Container in the Globe and Mail

Sahar Fatima has written a great article about The Container in today’s Globe and Mail. She spoke to playwright Clare Bayley, producer Sabrina A. Bandali and some of the remarkable people at Romero House. Click here to read it.

NNNN for The Container at SummerWorks

The Container opened at SummerWorks on August 7 and we’re attracting some major attention. NOW Magazine calls the production a “gripping drama…an unforgettable and educational experience” and has awarded us a NNNN rating. Toronto Life advises “anyone scanning the schedule for that one memorable experience should avoid the traditional venues and try The Container”. Book your tickets here.

The Toronto Star recommends The Container

The Toronto Star has published their SummerWorks preview article, and The Container is one of a half-dozen shows recommended for “high-end theatrical nourishment”. Richard Ouzounian’s full article is here. Tickets are limited and some performances are already sold out, so click here to purchase your tickets before they’re all gone.

The Container at SummerWorks 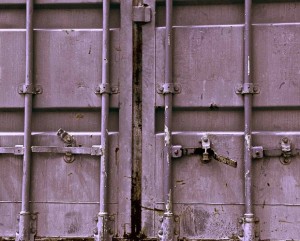 Zachary is directing the Canadian premiere of The Container at this year’s SummerWorks Festival in Toronto. Clare Bayley’s award-winning play tells the story of five migrants thrown together by circumstance and necessity, traveling across Europe in a shipping container. A remarkable cast brings this immersive production to life inside an actual shipping container. The SummerWorks Festival runs from August 7-17 (performances on selected dates). Seating capacity is extremely limited, so book your tickets here. An experience most never think about becomes a production you will never forget.