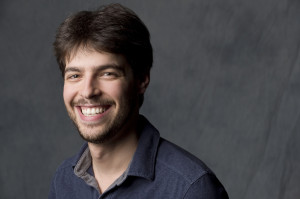 Zachary Florence was born and raised in Toronto, Canada. He trained at the London Academy of Music and Dramatic Art as a director after having previously trained at the Claude Watson School for the Arts. He received his BA in Contemporary Philosophy and Theatre Studies from the University of King’s College in Halifax, Canada.

Zachary has written words and music for Experimental Selves (Shaw Festival workshop) and Children of Israel (Canadian Stage workshop), and music for Enchanted April, Peace in Our Time and Come Back, Little Sheba (Shaw Festival), The Passion of Adele Hugo (Eastern Front Theatre – Theatre Nova Scotia Merritt award for outstanding original score) and A Spider’s Tale (Symphony Nova Scotia). His songs can be heard on the albums Unlaced (Elizabeth Beeler) and Show Off (Gabi Epstein) and have been featured in numerous concerts and cabaret evenings.

Zachary was an Associate Playwright at Canadian Stage, and has participated in Acting Up Stage’s NoteWorthy musical development program.